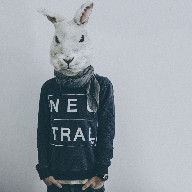 Do you have questions for frank hoppler?

Log in to ask frank hoppler questions publicly or anonymously.

Yes I know Bug Sur .... maybe to early to complain - but I still want to mention the problem ....

I attached two screenshots and you should see the difference.

Months ago I wrote about color mismatches between photoshop and photon - a problem you could not really reconstruct if I remember right. I thought I must be something with the support of embedded profiles and it looked like sRGB works better. Now I read that embedded icc profiles are supported and I hoped my problem is sorted out. But it is not. If I compare the same file open in photoshop, preview and photo than photon is the one looking very different. The fact that even preview manages to render the colours correct makes me think that it must be an internal photon issue with the color management. As I work in photography I can't really use photon as long as that is not sorted ---- and that makes me sad .

But I don't give up hope just yet.

Liked by Jonathan Ochmann and 3 others

Did not have much spare time lately - working 24/7 (at least it feels like).

I had some time waiting for client feedback and decided to create some cuts for the project to make my live easier at a later stage. And as I really like the intuitive workflow I decided to use photon instead of photoshop. (Yes I do stills  ...... no moving images if I can avoid it. )

I hoped this would be fixed by now. On the Mac Pro it is not much of a problem as long as I don't want to render something in the background or something gpu intensive  but my laptop does not like running the graphics card on full blast for hours on end  .....

I finally have time to play again - and get annoyed. I attached a screen grab video. Don't think I have to say anything to explain what's the buggy behaviour. On this note: Version 1.0.2.001 seemed to work smoother than 1.0.2.002 and 003 Unfortunately I binned the dmg file .... but this is about development . I understand.

On top of the jitterbug (hehe .... that's a dance from the 1900s right?) I had two crashes and had to sign in twice in 1/2 hr. (If you need my system specs ou just have to scroll back in my posts - and save them. You will hear more from me. And I apologise for that now. In advance.)

Liked by Jonathan Ochmann and 2 others

The download link from photon prompted at startup of the app does not work on safari 13.1.2.

Error 404. Works on firefox. But on firefox I can't use the hub as I can't edit a post. Also, on safari it constantly downloads the html page when I click on 'account' or want to go back etc.

Hi. Another one off my pity problems. My understanding is that the reference image is color managed similar to any other editing software (in my case mostly photoshop/aftereffects/resolve etc. )   Otherwise it would obviously be impossible to produce a LUT that works no matter what platform you use.

There seems to be a problem with sRGB files though. See attached screenshot......

And whoever designed this website ..... it would be great if I could actually attache my screenshots....

(It's a lot of work I know, but a manual would help beta testing. Always good to know what is supposed to happen when I press a button) ...... Just found the introduction of the tools in a post by the developers  - so I am good to go.......

But no crash so far. That's great.