江南
Asked a question 3 months ago

"Here's how you would normally set up your Nodes in Resolve for the 3-Step Cineon Workflow with VisionColor ImpulZ" Could you make a simple video or detailed node diagram description, Openfx color conversion plus LUTs to show it to do a detailed node analysis. Thanks! I don't understand this picture a bit. 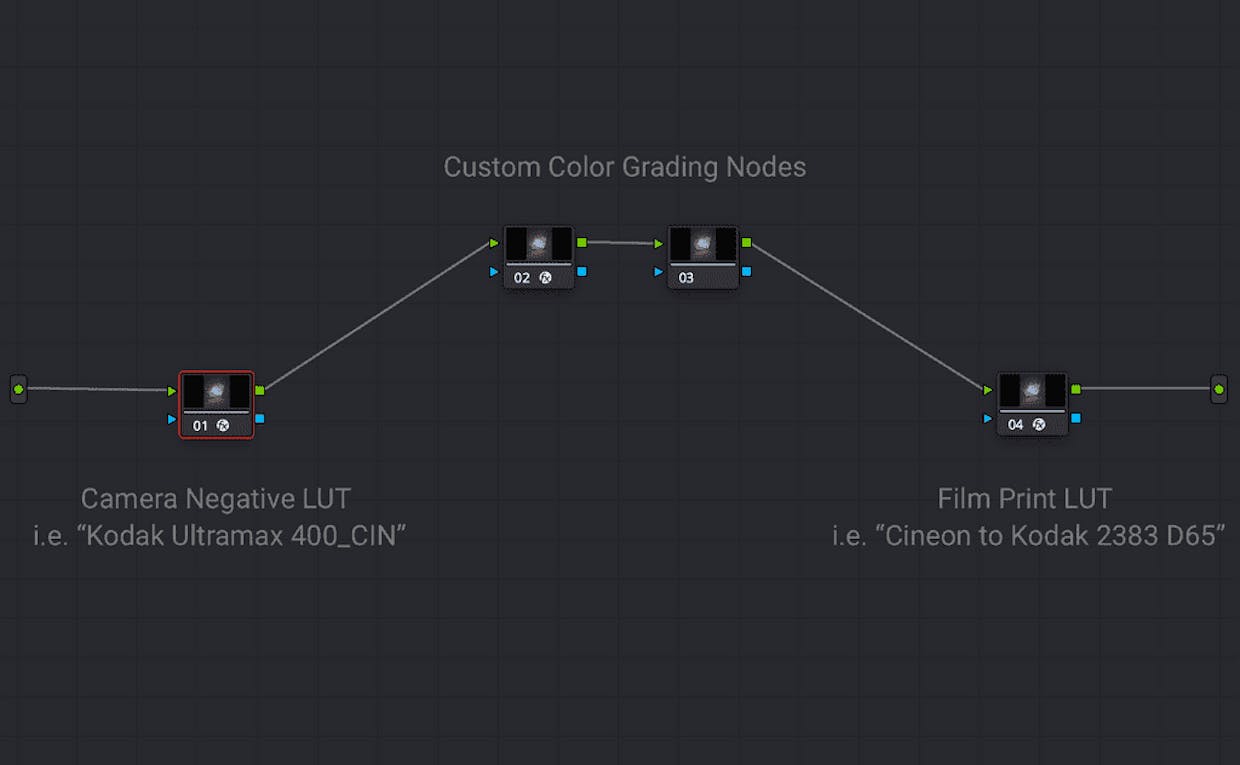 when you open a  footage for example a rec709 video, you are going to add to the first node a Negative with the name ending with CIN, so in the example of the rec709 footage you would go to impulzultimate - rec709 generic and then add a negative with the ending Cin . in the example they used the Kodak Ultramax 400. then add 2 more nodes, in the 3rd node add the FPL lut, go again into impulz ultimate and then search for the folder cineon conversion, and then add the FPL in the example they used Cineon to Kodak 2383 D65, in the second node that you created you can apply any changes or corrections, in that way, in the first node you are converting your rec709 file to cineon then you are doing your custom color grading into the film print of the third node. works the same for any color space for example if you have canon log instead of going in the first node to the rec709 generic you would choose canon c log. hope this help you!

Liked by Jonathan Ochmann and 2 others

hi, i purchased the hollywood bundle and i have some questions about the cineon workflow. my current pipeline is pocket ... have to add saturation to my taste?
Hello, I am considering purchasing your Hollywood Bundle Luts package. I would kindly like to know if these luts can ... you for your kind reply.
hi I forgot where this luts was downloaded. I saw the word VisionColor on it. I don’t know if it’s LUTs produced by you ... forward to your reply! Thank you!
Hello, does Impulz integrate LUT for Canon R5 already?
I have FujiFilm xt-4, what ImpulZ™ LUT better to use on photo? UPD: I found answer: https://vision-color.com/products/impulz/learn-how-to-use-impulz/ - great article!
I Purchased the Impulz and Osiris LUT packages about 5 or 6 years ago. I love the LUTs but I am purchasing a new 4K ... LUT package to support 4K video. Help!?