This update fixes a number of issues that some users experienced after connecting the Photon OpenFX Connector Plugin to Davinci Resolve. We've also fixed a render bug in the 2D Feedback panel and made several performance optimizations under the hood. As always, you can download the latest version directly from within Photon or from your account.

I just updated Photon and I still have my render issue where I get a GPU error. BUT I have a positive update in the sense of narrowing down the issue. There is an option to turn off one of the GPUS (I run two NVIDIA 1080ti's) in Resolve and when I turn off one of them the Photon is finally able to rener in resolve. So I can safely say this is an issue with having two GPU's running, or at least two Geforce 1080ti's running. Is there anyway to ask Blackmagic Design a workaround for this? I need to use my two GPU's so only using one is not a solution for me. 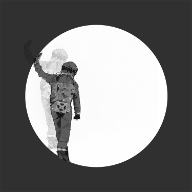 Thanks @Anton Esteban! That's very valuable information for @Pirmin Straub and the team!