I would like to share a big issue of mine when creating luts in Photon and applying them in FCPX through the default lut loader. This issue makes the roundtrip with fcpx Impossible for me.

I also notice that when exporting a .tiff from FCPX and loading it in Photon it appears blueish there.

When opening the .tiff through most of the other means, the image appears like the original video file in Quicktime or inside FCPX's timeline preview.

This blueish cast when opening the file in Photon also appears if I screen grab from FCPX's timeline preview in full screen.

What I do is convert the color space of the .tiff in Photoshop to sRGB and then I work in Photon.

While you might argue that this is causing the issue I can tell you that working with the blueish cast in Photon makes the color difference even greater when back in fcpx in my opinion. 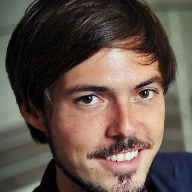 @Lorenzo Yann Morelli thank you for your efforts, we really appreciate it. I will look into this asap and keep you posted on the progress. 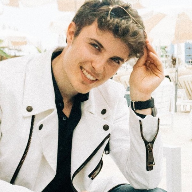 @Pirmin Straub
So, I would like to add another report, and even though it doesn't correlate with Photon yet I might be close to crack the code between this apple-fcpx color science nonsense.

I hope that all of those online queries for "gamma shift" (or even color space-saturation shift) between softwares and systems is somewhat correlated to this. Would help lots of people.

Fact: Davinci is displaying a color that is not the same when the footage is exported and viewed inside final cut.

This first part of my investigation is focusing on fixing the color mismatch between DaVinci and FCPX in order to understand Fcpx's under-the-hood settings.

I was able to match color between Quicktime, DaVinci and Fcpx by going into DaVinci's preferences under System -> General, and enabling "Use Mac display profile for viewers" or something like that.
In Davinci's project's settings it's very important to then go under the color management and clicking "use separate color space and gamma" and using: color space R709, gamma R709-A.

Keep in mind that my monitor is set to the default "LCD screen" profile as it was important for me to find a workaround while still mimicking the machine settings of a regular user or client.

It seems that quicktime, davinci and final cut now match.

Note: The match is consistent in both of these cases:
1 - Original footage graded in davinci then imported in fcpx

If they do, then there's only a Photon update than can fix this, by including either more lut compiling options or photon preview window options; in fact Photon's viewer and the Photon lut inside Davinci's viewer (with the new settings) don't match either.

I'm pretty sure I got all of this right but don't take my word for granted: here we're comparing a mix of outputs and preview windows.

I'm not a color purist nor a hollywood professional I just think that our job is to manipulate color that matches between softwares.

Thank you @Lorenzo Yann Morelli - this is really helpful. We will try to reproduce and verify your findings.

Thank you. Luts from Davinci (new settings) don't match when applied in fcpx.

Maybe it's the 65 point cube lut that is different from 64x64x64 (not my knowledge though).

Here I apply the Photon lut in the FCPX timeline. The Photon tif file looks different to the graded shot when comparing them within the timeline. There seems to be a gamma shift and the graded video is not looking as intended.

Although I demonstrated some color shifts here and there in the previous steps, the Photon graded tif inside the FCPX timeline you see in this video is sufficiently consistent to the look I created in Photon and should be regarded as the target to reach. (in my opinion)

Accuracy check. In this video I compare the Photoshop output to the original video within the FCPX timeline. They look the same.

In this video I demonstrate the PS color space conversion.

I know that some of what you are seeing might be extremely wrong for movie production standards, I am just trying to test different things and working around the problem.

In this video I demonstrate the .tiff export from FCPX. The image looks different when then imported into Photon.

At this point I would convert the tif color to sRGB in Photoshop so that Photon displays it correctly.